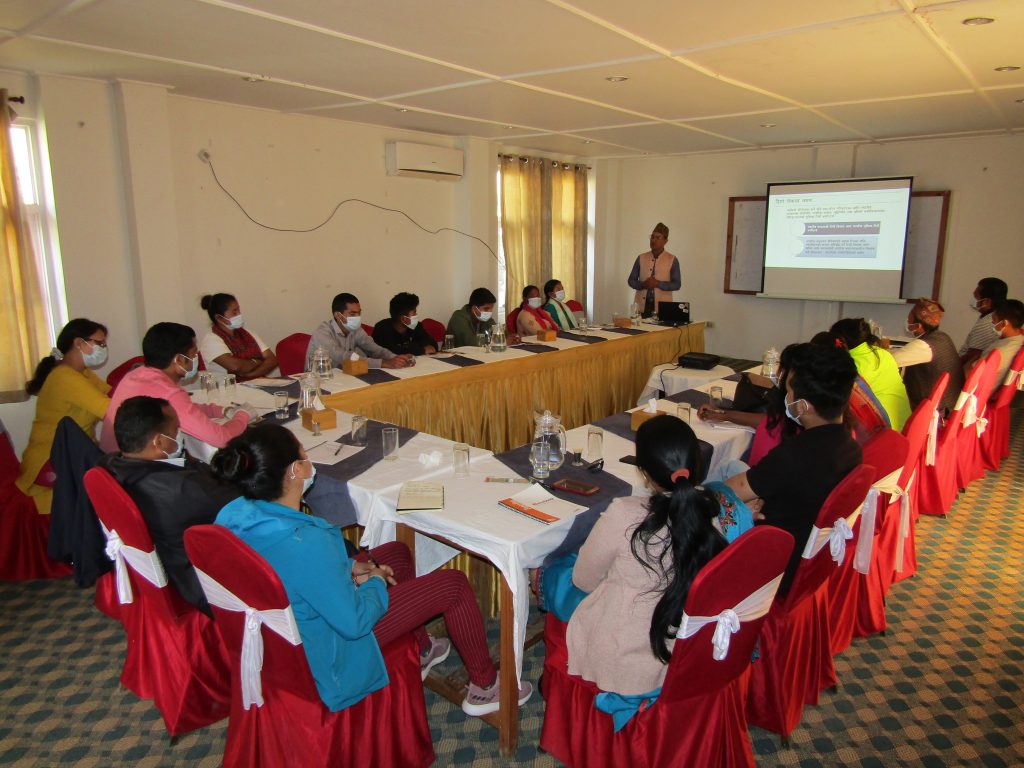 A recent report from the Leave No One Behind Consortium in Nepal has uncovered how gender discrimination continues to restrict access to higher education and vocational skills training for girls. This set of obstacles intersects with poverty and caste discrimination to create a series of traps for many women throughout Nepal.

Shrijana, aged 18, hails from the poor neighbourhood of ward ten in Lekhbesi Municipality, Surkhet District, Karnali province, Nepal. Shrijana’s family is of the Dalit. The Dalit, according to National Dalit Commission (NDC), due to caste-based discrimination, are one of the most excluded communities from social, economic, educational, political and religious fields, and they are deprived of human dignity and social justice.

After completing Grade 12, Shrijana’s parents – like many parents in both rural and urban Nepal – considered it more important for her twin brother Aashish to pursue higher education, and they did not raise fees for her vocational skills training. Facing poverty, Shrijana entered into early marriage to Umang, also from the Dalit, who is a poor and struggling informal trader.

When she became pregnant, Shrijana could not afford adequate antenatal health care, and she missed out on crucial medicine and nutritional advice for her pregnancy and delivery. Gender-based discrimination also means that many Dalit women lack knowledge about their sexual and reproductive health and rights. All these factors work against safe motherhood.

Shrijana eventually gave birth to baby Maya. She was born with a physical disability and experienced stunted growth. Incensed by Maya’s disability, Umang became physically and verbally abusive. “There is no history of disability in my blood,” he repeatedly yelled at Shrijana. “You’ve brought me this curse and shame!”

Domestic violence is common in Nepal, according to a report by the Harmful Practices Working Group convened by United Nations in Nepal. Before long, Umang abandoned his young family. Left alone, Shrijana, in shame and distress, made her way back to the care of her parental family.

Without skills, Shrijana’s chances of finding a formal job are next to none. She turns to begging, bowl in hand and baby Maya on her back. Fortunes are mixed. The COVID-19 environment has made begging tougher.

Shrijana is a fictitious character, but her story reflects the situation of many young girls from poor households in Nepal. Her situation is based on evidence from a recent report from the LNOB Consortium of Nepal.

The LNOB Consortium runs a flagship project for youth-led SDG Monitoring. In Shrijana’s community of Lekhbesi and nearby Birendranaga, the project facilitated two rounds of focus group discussions. The meetings drew participants from a range of ethnic groups. The meetings also involved municipal officials, civil society, and development activists.

Before each group discussion, basic training was conducted on the most relevant SDGs: Goal 4 (quality education), Goal 5 (gender equality), Goal 10 (reduced inequalities), Goal 13 (climate action), Goal 16 (peace, justice and strong institutions), and Goal 17 (partnerships for the Goals). Facilitators were also trained in using a monitoring and evaluation tool known as the Community Score Card (CSC.) Participants used the CSC to score and reach consensus on the quality of public services.

Harmful practices featured prominently in the discussions, showing how girls continue to be disadvantaged by child, forced, and early marriage, dowry practices, and other forms of discrimination that are fuelled by caste, gender, and disability.

Unequal Access to Education and its Relation to Poverty

Shrijana’s story shows that as long as girls are discriminated against, especially in ways that prevent them from accessing higher education, the promise to leave no one behind will be an empty slogan.

Globally, the World Bank reports that achieving gender parity in literacy and education is critical for women and girls to effectively compete in the labour market, and to help lift communities out of poverty.

Without skills, Shrijana cannot escape begging, except through menial or unsafe work. She is, in fact, locked into poverty.

Local Government Reform for Gender Equality: When Will It Reach Shrijana?

In both Lekhbesi and Birendranagar, local officials listened to first-hand accounts of marginalisation from young women like Shrijana.

“I am happy that we now have access to government officials,” said a focus group discussion participant in Birendranagar municipality. “We feel closer to decision-making.” This optimism is not misplaced.

A considerable political transition has taken place in Nepal’s federal government system. Local government reforms, ushered in by the new constitution of 2015 and put into practice in the elections of 2017, have opened the civic space for social dialogue.

However, in spite of the progressive democratic reforms (including significant advances in gender and children’s rights, legislative and affirmative action policy frameworks), it will take time for practical changes to reach people like Shrijana.

Beyond the Local Horizon, Pushing for Inclusive Data Governance

Now, with this report showing evidence of inequality that is often missed by official data sources, the LNOB Consortium believes that it is in a stronger position to present more inclusive SDG data.

In the next two months, the findings of the report will be shared with Karnali provincial officials and with the National Planning Commission – the custodian of the SDG process in Nepal.

“Together with community members, our goal is to amplify experiences of systemic deprivations and inequalities faced by marginalised people. Shrijana’s narrative must be reflected at all levels of public policy planning and practice,” said Thapa.

This article is written by Davie Malungisa, consultant to the Leave No One Behind Partnership. Malungisa is a lawyer based in Johannesburg, and formerly an advisor to Amnesty International and Oxfam America. The article is published simultaneously on voicescount.org and the Global SDG Knowledge Hub of IISD.