The Leave No One Behind coalition in India is headed by the national campaign Wada Na Todo Abhiyan, a platform that brings together 4.000+ civil society organisations across India.

The scaled up project will be conducted between 2020 and 2022, with a cross-SDG focus and special emphasis on SDGs 5, 10 and 16. Goal is to empower local civil society and socially excluded vulnerable (SEV) communities to achieve critical SDGs through evidence-based advocacy. The project will reach about 3000 people across 6 states (additional funding needed to increase scale).

Of the 10 marginalised communities surveyed, all face discrimination in accessing key welfare schemes which are crucial to achieving the SDGs in India.

The India national coalition has engaged with the NITI Aayog, the body of the union government responsible for designing, coordinating facilitating and reporting on the SDGs. Some coalition members support various state governments in translating the SDGs related to their ministries and departments, and some already contribute to the annual monitoring report on specific SDG goals.

The ongoing project in India is supported by the Robert Bosch Stiftung.

The first part of the brochure presents information on marginalised communities the LNOB coalition in India supports. The second part highlights key recommendations on how these communities can overcome barriers to access their rights and entitlement and help in achieving the SDG targets in India. 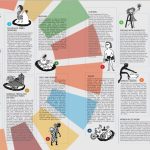 This report brings together diverse voices of vulnerable groups across India to inform the implementation of the Sustainable Development Goals (SDGs) and highlights the instrumental role CSOs play in bringing about transformation in society. 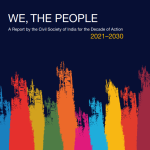 Each chapter of Citizens’ Report on the government provides an assessment of the government’s initiatives and actions during the year, includes a set of critical policy asks and highlights the key contributions and interventions of the civil society in India, especially during the second wave of the pandemic. 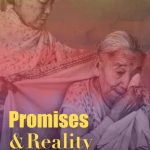 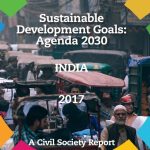 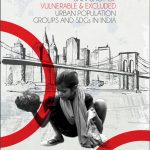 This article highlights findings and recommendations coming out of recently conducted community consultations to understand the impact of COVID-19 on five marginalised groups in India. 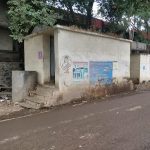 This policy brief examines the impact of the COVID-19 pandemic on the Pahari Korwa Tribe of Chhattisgarh. 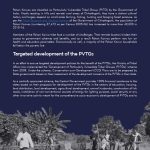 This policy brief examines the impact of the COVID-19 pandemic on the Chudihara Muslims of Jharkhand. 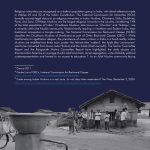 This policy brief examines the impact of the COVID-19 pandemic on the Sahariya Tribe of Madhya Pradesh. 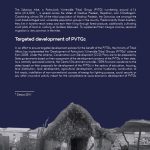 This policy brief examines the impact of the COVID-19 pandemic on sex workers in India. 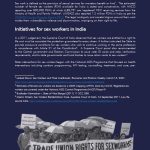 This policy brief examines the impact of the COVID-19 pandemic on single women in Himachal Pradesh. 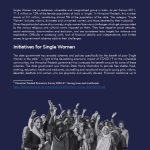 In this article, a member of India's National Network of Sex Workers writes about her experience being trained by the LNOB Coalition to collect data about her community. 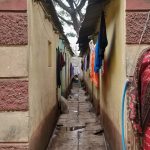 This document (PDF) outlines the findings from the India LNOB coalition's work during the pilot phase 2018 - 2019. 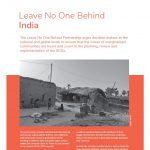 Our Target SDGS in India

It is time to rethink how we grow, share and consume our food.

If done right, agriculture, forestry and fisheries can provide nutritious food for all and generate decent incomes, while supporting people-centred rural development and protecting the environment.

Right now, our soils, freshwater, oceans, forests and biodiversity are being rapidly degraded. Climate change is putting even more pressure on the resources we depend on, increasing risks associated with disasters such as droughts and floods. Many rural women and men can no longer make ends meet on their land, forcing them to migrate to cities in search of opportunities.

A profound change of the global food and agriculture system is needed if we are to nourish today’s 815 million hungry and the additional 2 billion people expected by 2050.

The food and agriculture sector offers key solutions for development, and is central for hunger and poverty eradication.

3. Ensure healthy lives and promote well-being for all at all ages

Ensuring healthy lives and promoting the well-being for all at all ages is essential to sustainable development. Significant strides have been made in increasing life expectancy and reducing some of the common killers associated with child and maternal mortality. Major progress has been made on increasing access to clean water and sanitation, reducing malaria, tuberculosis, polio and the spread of HIV/AIDS. However, many more efforts are needed to fully eradicate a wide range of diseases and address many different persistent and emerging health issues.

4. Ensure inclusive and quality education for all and promote lifelong learning

Obtaining a quality education is the foundation to improving people’s lives and sustainable development. Major progress has been made towards increasing access to education at all levels and increasing enrolment rates in schools particularly for women and girls. Basic literacy skills have improved tremendously, yet bolder efforts are needed to make even greater strides for achieving universal education goals. For example, the world has achieved equality in primary education between girls and boys, but few countries have achieved that target at all levels of education.

Clean, accessible water for all is an essential part of the world we want to live in. There is sufficient fresh water on the planet to achieve this. But due to bad economics or poor infrastructure, every year millions of people, most of them children, die from diseases associated with inadequate water supply, sanitation and hygiene.

By 2050, at least one in four people is likely to live in a country affected by chronic or recurring shortages of fresh water.

7. Ensure access to affordable, reliable, sustainable and modern energy for all

Energy is central to nearly every major challenge and opportunity the world faces today. Be it for jobs, security, climate change, food production or increasing incomes, access to energy for all is essential.

Sustainable energy is opportunity – it transforms lives, economies and the planet.

UN Secretary-General Ban Ki-moon is leading a Sustainable Energy for All initiative to ensure universal access to modern energy services, improve efficiency and increase use of renewable sources.

8. Promote inclusive and sustainable economic growth, employment and decent work for all

Roughly half the world’s population still lives on the equivalent of about US$2 a day. And in too many places, having a job doesn’t guarantee the ability to escape from poverty. This slow and uneven progress requires us to rethink and retool our economic and social policies aimed at eradicating poverty.

A continued lack of decent work opportunities, insufficient investments and under-consumption lead to an erosion of the basic social contract underlying democratic societies: that all must share in progress. The creation of quality jobs will remain a major challenge for almost all economies well beyond 2015.

Sustainable economic growth will require societies to create the conditions that allow people to have quality jobs that stimulate the economy while not harming the environment. Job opportunities and decent working conditions are also required for the whole working age population.

Cities are hubs for ideas, commerce, culture, science, productivity, social development and much more. At their best, cities have enabled people to advance socially and economically.

However, many challenges exist to maintaining cities in a way that continues to create jobs and prosperity while not straining land and resources. Common urban challenges include congestion, lack of funds to provide basic services, a shortage of adequate housing and declining infrastructure.

The challenges cities face can be overcome in ways that allow them to continue to thrive and grow, while improving resource use and reducing pollution and poverty. The future we want includes cities of opportunities for all, with access to basic services, energy, housing, transportation and more.